The GoPro HERO 9 is a beast. It has a bigger battery and the inevitable somewhat bigger body, a front-facing LCD screen, and a removable lens cover. Its capabilities are just as competition-blowing with 20MP photos, video maxing out at 5K30 with the 23.6MP sensor enabling frame grabs of 14.7MP. HyperSmooth 3.0 can be enabled for all settings to have gimbal performance and TimeWarp 3.0 has an enhanced speed ramp to slow action to real speed with audio or half speed while recording. If you’re not yet drooling by now, how about horizon levelling that works like magic and, my personal favourites, HindSight and Scheduled Capture. Oh, and Webcam mode is thrown in for good measure.

The HERO 9 puts you in full control and goes beyond the camera as such. Its 5K resolution lets you edit your footage better than what you do to a 4K clip, including best stabilisation, a better ability to frame the shot, the ability to frame yourself, etc.

The HERO 9 does it all with gusto and precision. It is almost as if this is the end of a time when you needed to compromise on many things to end up with a good result. Instead, it looks like it’s the beginning of an era that sets you free to do whatever you want — the beginning, because I’m fairly convinced GoPro will throw yet other huge improvements our way when next year’s new model will be announced.

I can tell from experience with the HERO 2, 3, 3+, 4, 5, 6, 7 and 8 that the current HERO 9 Black has the capabilities, the quality of output and the features to go far beyond where other action cameras have gone and are going. It’s become a true creative tool for anyone shooting anything from casual video to a carefully managed film project, from simple action footage to B-camera functionality or the shooting of a documentary that requires the camera to activate itself and shut itself down again.

HindSight captures the 30 seconds before you hit the record button. Of course it’s not magic that does this. It’s the camera that records continuously, throwing away anything that has passed 30 seconds only to save those when you hit the Record button. And, of course, that eats away at your battery, but it’s a surefire way to not let you miss anything from an unpredictable event that you absolutely want to have “on tape”.

LiveBurst is something similar. With LiveBurst, you record what happens 1.5 seconds before and after your shot, allowing you to pick your favourite single frame for the best picture or to share a 3-second 4K video on social media.

Another example of the total control the HERO 9 offers, is the combination of Scheduled Capture and Duration Capture. When you schedule a recording, you can do so for any moment of the day or night, but what makes it even more interesting is that you can set a duration of as little as 30 seconds or as long as up to three hours. And if you want the camera to keep recording until it either gets too hot or runs out of battery power, you can do so too.

With Timewarp 3.0 you can simply tap the screen while recording and your video will slow down to real speed with audio. It’s kind of baffling when you do it, but it does work brilliantly.

By the way, now that you can remove the lens cover once again, and if you’re interested in shooting cinematic footage, you really should buy the HERO9 Black PolarPro Shutter Collection (about €89.99 on the GoPro website) as those filters allow you to reduce your framerate to 24fps and the associated shutter speed for real cinematic results in bright environments.

The HERO 9 is an action camera first and foremost and Hypersmooth 3.0 includes a new Linear + Horizon Levelling lens in-camera for smoother and straighter shots. That lens is spectacularly good at what it’s supposed to do, which is keeping shots level with the horizon without introducing any sort of artefact. For example, if you’re on board of a boat and the sea is rough, the boat can yaw, pitch and roll its heart out but the horizon will stay level long after you’ve started to become so seasick you’ll be seriously considering jumping ship. With the Max Lens Mod, other digital lenses can apply this trick as well and it will go even further.

By the way, the Max Lens Mod does not sit over the built-in lens with protection cover. The latter can be removed, as it could be with the HERO 7. You can therefore also replace the protection cap with ND filters from Polar Pro which are for sale on GoPro’s website — if they’re not out of stock, of course.

Last but certainly not least, the HERO 9 is the first GoPro camera that comes without plastic packaging and with a hard carry case.

This site uses Akismet to reduce spam. Learn how your comment data is processed. 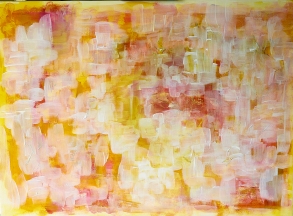 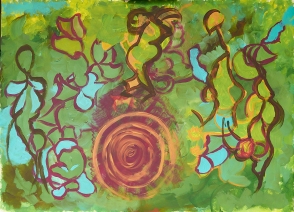